Executive Director of Sustainability for Comcast Retired, Director of Special Projects, City and County of Denver 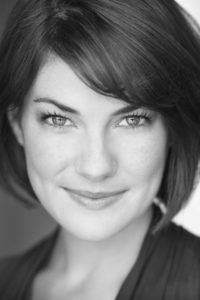 Tracy Baumgartner serves as the Executive Director of Sustainability for Comcast NBCUniversal. With 25 years of experience in cable operations, communications, and corporate social responsibility, she brings a 360-degree perspective to her role in advancing the company’s long-term commitment to sustainability. Her responsibilities include strategic development and deployment of environmentally responsible operational initiatives and programs, as well as efforts that measure and report progress. By directing multichannel communications designed to build momentum and visibility across the company, she and her team work to inspire employees and encourage behavior changes that help improve the communities served by Comcast NBCUniversal.

Prior to this role, Baumgartner served as Executive Director of Operations Compliance for Comcast Cable, helping create the foundation for the company’s sustainability efforts. She spent nearly five years as Executive Director of Community Investment for Comcast Corporation, where she led the daily execution of Comcast’s philanthropic strategies and published the corporation’s Corporate Social Responsibility Report. During her decade-long tenure as Vice President of Public Relations for the West Division of Comcast Cable in Denver, Baumgartner led media relations, employee communications and community outreach efforts for the Division’s 11 states. She joined Comcast following the acquisition of AT&T Broadband, where she served as a national spokesperson.

A long term advocate of developing women leaders, Baumgartner just completed an interim role as Vice President of Women in Cable Telecommunications (WICT) Rocky Mountain. WICT previously recognized Baumgartner’s leadership, honoring her as 2010 Chapter President of the Year and the 2008 Woman of the Year by its Rocky Mountain chapter.  She is an inaugural member of the Cable Center Ambassador’s Council, supporting its mission of connecting people and ideas to advance innovation.  Baumgartner also engages in her local community, serving on the Board of Directors for Performing Arts Academy (PAA) in Littleton, Colorado.

Baumgartner received her Bachelor of Science in Business Administration with a dual emphasis in Marketing and International Business from the University of Colorado at Boulder. A Colorado native, she is married to senior editor Jeff Baumgartner of Light Reading. They enjoy sports, theater and a wide range of homework activities with their two sons, Jack and Benjamin, who have both flourished during their summers at PAA. While Jack prefers running the spotlight and Ben prefers being in it, they both thrive in the welcoming environment and supportive exploration through the arts that PAA provides.

Marty has more than 30 years of business experience in business development, executive leadership, management, engineering and technology. He currently is owner and president of AGS Construction. Previously he worked in multiple senior positions at Raytheon, AT&T, Comcast, SCTE and Windstream. In addition to PAA, Marty serves on the Board of Directors of Adoption Options and the Electrical Engineering and Computer Science Advisory Board at the Colorado School of Mines. He also leads a local Cystic Fibrosis fundraising team. Marty has provided leadership at St. Luke’s United Methodist Church in multiple areas, including the Executive Team, Staff Parish Relations Team, Future Planning Team, and Lay Leadership. Marty holds Executive Certificates from the Wharton School of Business, Dartmouth’s Tuck School of Business, St. John’s University, and Babson College. He also holds a B.S. and M.S. in Electrical Engineering from Clemson University and the University of Massachusetts.

Marty sees firsthand how his two children benefit from participating in the performing arts, and values the opportunities they have to build confidence, leadership, and a sense of community. Additionally, he understands that performing arts can bring balance to help very gifted, young technical minds expand and flourish in new ways. Marty and his wife Melinda are ever grateful for the role that PAA plays in shaping youth to be all they truly can be.

Ken Fong received his engineering degrees from the California Institute of Technology and Stanford University. He retired as a Vice President from Lucent Technologies in 1999. While at Lucent and its predecessor, Bell Laboratories, he led software development and product management of telecommunications products. After retiring, he started his second career as a full time volunteer for St. Luke’s United Methodist Church, working in areas such as video production and web design, and providing IT support. He became involved with PAA because of his passion for excellence in sound and video in musical productions, and the desire to apply that to PAA performances. He has two adult children, Kristine and Kara, and he enjoys spending his free time traveling and doing crossword puzzles with his wife, Betsy Keyack.

Chris holds a finance degree from the University of Colorado, Boulder. She has spent the past 15 years as a Division Order Analyst in the Oil and Gas Industry. Prior to that she spent a several years working in Business Development and 3 years teaching Middle School Algebra.

She became a PAA supporter and enthusiast the moment her son, Jared, participated in 101 Dalmatians 10 years ago. Each following summer Jared spent 4 weeks learning and performing in a safe place where he could completely be himself. His confidence soared and his love for musical theatre was permanently engrained in him. He is in college now, and the kids he performed with are still some of his closest friends.

Chris was thrilled when 7 years ago, Dr. Ramsey asked her to join the committee for PAA’s new annual fundraiser. The committee voted on a name, and the Stars In Arts Gala was born. She has served as Auction Chair for all 6 galas, and she is just as passionate about PAA now as she was that very first day. She witnessed how PAA profoundly changed the life of her son, and truly wants every child to have the same opportunity. She hopes to continue making a difference in children’s lives by serving as a PAA Board member. A 5th generation Colorado native with over 20 years in sales and marketing, Holly Coors knows what it takes to facilitate a successful transaction. Currently, Holly is a Realtor with LIV Sotheby's International Realty. To Holly, real estate is about building relationships and she makes it her priority to bring honesty, integrity, and a level of service that is unmatched.  She began her working career at her family business, Coors Brewing Company where she worked in Sales and Marketing, domestic and international for 8 years. She was drawn to the other family businesses held in ACX Technologies where she worked for an additional 5 years focusing on Investor Relations. Turning to entrepreneurship, Holly’s consulted with and worked in building businesses from the ground up with two original start-ups. These challenges taught her the value of strategic marketing and the importance of defining clear goals by listening to her client’s individual needs.

Holly holds a Master's Degree in International Management from Thunderbird, and a BA from The College of William & Mary. The proud mother of four children and many animals, she also makes time to give back to her community and passionate causes. She currently sits as a trustee on two separate Foundation boards, and previously served as Vice President on the board of the Friends of Foothills Animal Shelter.

An avid traveler, Holly has lived overseas in Germany, Switzerland and Scotland, but has always considered Colorado home.  Today she lives in BackCountry, a subdivision in Highlands Ranch where she enjoys the breathtaking views, inspiring open spaces and strong sense of community. Her youngest daughter performed in her first PAA Production the summer of 2016 and has participated in 11 total musicals with PAA. Her daughter's growth, both professional and personal, can be attributed to the incredible environment of learning and nurturing provided at PAA. Holly is honored to be able to serve on the Board and is looking forward to building an organization unmatched in the western United States.

David is excited to join the PAA Board of Directors and to share his experience and expertise with the organization.  David’s interest in the performing arts has its roots in music. He is a trumpet player and singer (no, not at the same time).  He is currently a member of several brass and wind ensembles and sings in the church choir.  He is passionate about the experience that PAA offers children and youth and has seen the positive transformation the programs bring.  David brings a background of more than 40 years working in the engineering and construction field.  His experience includes electrical design, project management, construction management, and owner’s representation.  David wants to see PAA grow and to have the facilities that are required to support programmatic needs and hopes his experience will assist in that goal.