In this exciting summer camp, students will embark on a journey of putting on a fully-staged 60 minute musical!

Summer camps start the day with a morning conversation around a positive, enriching value or theme for the day, such as compassion, leadership, or communication. There is also wrap up time at the end of the day to conclude the day with reflection on the day’s value or theme.

This camp is a two-week, half-day camp. Campers will need to bring a snack and water bottle each day. During auditions, campers will be placed in either the AM or PM cast based on their role.

These are action-packed and challenging weeks full of learning, fun, and friends! Students will study acting, music, and dance as part of the rehearsal process, which also includes technical elements such as lights, sound, set, costumes, props, and projections. Camps end with a fully-staged performance!

Audition Information
Students audition prior to the start of the program, however, upon enrollment, every student has a place in the cast. The auditions allow the teaching artists to find the best role for each student.

Students register for an audition time slot, and proceed through the audition process in small groups. Auditions have voice, dance, and acting components and are structured to provide a supportive atmosphere where students are encouraged to be brave and show the artistic team engagement, willingness to learn, and a positive, collaborative spirit. No previous experience is needed.

Registration for Summer Camps Opens January 17, 2022.
Sign up to be notified when registration opens!

Disney’s Aladdin JR. is based on the 1992 Academy Award®-winning film and the 2014 hit Broadway show about the “diamond in the rough” street rat who learns that his true worth lies deep within.The story you know and love has been given the royal treatment! Aladdin and his three friends, Babkak, Omar, and Kassim, are down on their luck until Aladdin discovers a magic lamp and the Genie who has the power to grant three wishes. Wanting to earn the respect of the princess, Jasmine, Aladdin embarks on an adventure that will test his will and his moral character. With expanded characters, new songs, and more thrills, this new adaptation of the beloved story will open up “a whole new world!”

Registration for Summer Camps will open on January 17, 2022.

SAVE ON SPRING CLASSES!

In honor of our 15-year Anniversary, we are offering 15% off Spring Classes when students register for 2 or more classes!

The same student must be registered in both classes for the discount to apply.
Offer expires Monday, January 31 John Boggs is a pianist, composer and vocalist based currently in Thornton, Colorado. He holds a DMA in Composition from the University of Colorado Boulder, a M.M. in Composition from the University of Michigan and a B.F.A. from Bard College. Previous piano instructors include German Diez and MaryAnn Griebling. He taught students of all ages and experience during his undergraduate and graduate studies.

At Bard College he studied voice with tenor Rufus Müller. He has sung such roles as Jamie in The Last Five Years, The Lecturer in Reefer Madness, and El Gallo in The Fantasticks. He teaches repertoire in the genres of musical theater, art song, pop and opera. He currently is a Choral Pro for both the Ars Nova singers and the St. John’s Episcopal Compline Choir. In 2016, John co-founded Renaissance and Contemporary a cappella group, Solis, to promote new works from local and national composers.

He has had composition premiers by such groups as the American Symphony Orchestra, University of Michigan’s Symphony Orchestra and Chamber Choir, DaCapo Chamber Players, Ars Nova Singers, the Columbine Chorale, 303 Children’s Choir (now Vocal Coalition), the Chamber Music Society of Ohio, and new music ensemble Contemporaneous. He is the co-founder/co-writer as well as the keyboardist and vocalist for experimental rock band Fifth Veil, and is delving into the world of film and interactive game scoring.

He also has experience teaching students with developmental disabilities. He provided accompaniment for Tapestry Theater’s productions of Elf, School House Rocks and Shrek Jr. He was previously employed with Imagine’s CORE day program, where he instructed group music classes using midi over wifi to create the feeling of being in a band and orchestra. She is represented by Radical Artists Agency, and you may have seen her competing in the ‘Dish Network Challenge’ and zooming along on an electric scooter in the ‘Colorado Lottery’ Commercials.

Past local credits include Ella Enchanted at the Arvada Center; Mrs. Soames in Our Town at Miners Alley; the Conductor and Engineer in The Polar Express; Madame Volange in Les Liaisons Dangereuses at Miners Alley; Characters in Crisis for the Colorado Police Departments; and directing Fright Fest and the Summer Illusion Shows at Elitch Gardens. She is also a local weekly Trivia and Bingo Host.

In addition to Clowning around with her Ringling Brother’s Circus School training, she is also fond of Juggling, Improv-ing, Performing Magic, Balloon Twisting, Lip Print Reading, Stilt Walking, Mascot work, Puppeteering, Show Hosting, and Character Roaming. She has been the owner and principal performer for Amy Arpan’s Illusions And Confusions since its founding in 1998. Jennifer Maggi grew up dancing in Orange County, California at the Pacific School of Ballet from the age of 5 to 18. Throughout her years there, she trained in Ballet, Pointe, Jazz, Lyrical/Contemporary, and Tap. She went on to receive a Bachelor of Arts in Dance from California State University, Fullerton with an emphasis in Ballet and Modern. While completing her degree, Jennifer performed and choreographed for numerous professional dance shows and showcases as well as participated in the Limon Dance Intensive under Collin Connor. After graduating, Jennifer returned to Cal State Fullerton to choreograph the BFA Musical Theatre main stage productions of Andrew Lippa’s Wild Party, and Cry Baby. In 2014, Jennifer was cast as a performer at the Disneyland Resort in Anaheim, California where she danced and portrayed famous Disney characters in the Pixar Play Parade, Paint the Night Parade, The Frightfully Fun Parade, and The Christmas Fantasy Parade. She moved to Denver in May 2019 and is so excited to join the team at PAA and share her passion for dance with her students. Jana Wesson is thrilled to be back at PAA! As a former alumni, Jana is excited to be continuing with PAA as a staff of the outreach program. Since her last show in 2013 Jana has gone on to do community theatre at the Pace Center and Wesley Players Theatre Company, starring in shows such as Singin’ In The Rain, Mary Poppins, The Music Man and many more! 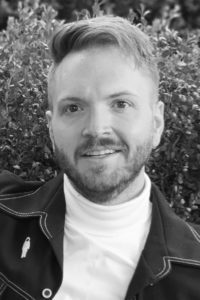 Andrew McGlothen is thrilled to be back for his 2nd summer with PAA. Originally from Texas, Andrew has been fabricator, scenic painter, director and actor for over a decade. He’s had the privilege to work for companies like the Arvada Center for Arts and Humanities, Rocky Mountain Theatre for Kids, Denver Comic Con, Visionbox Studio and many others. If you need something designed or created, he’s your guy. When not working in theatre Andrew is a Graphic Designer and coffee snob. He’d like to thank his husband and dogs for the support and PAA for the opportunity!” Stephanie is thrilled to join PAA, and is very proud of this group of talented kids!  With a BA in both Theatre and Dance from Colorado Mesa University,  Stephanie has performed with Cleo Parker Robinson Dance Ensemble, Avatar Movement Dance Company, and in several musicals in the Denver area including 9 to 5, 42nd Street, Crazy For You, and West Side Story. Choreography credits include: A Gentleman’s Guide To Love And Murder, Hello Dolly!, She Loves Me, 13: The Musical, and Disney’s Mary Poppins Jr.